(035) New Feature (11/16/14/JPR): The Decluster option within the block-modeling dialog has been completely redesigned.  Specifically, the program now uses a fast “octree” algorithm to remove duplicate points and to decluster clustered points.  This method essentially creates a temporary block model in which a parallelopiped enclosing the control points is recursively subdivided into octants that contain control points until they are smaller than the specified maximum voxel voxel size.  The program then looks for multiple occurances of control points within each of these voxels and replaces these control points with a single point based on the user-specified declustering method. 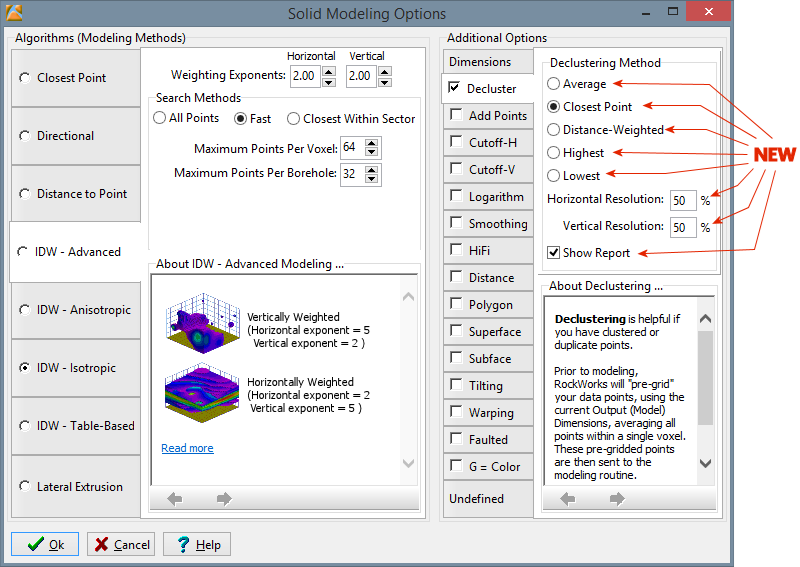 The declustering methods are described as follows:

The Show Report option will display a dialog box (shown below) that summarizes how many points were consolidated via the declustering process. 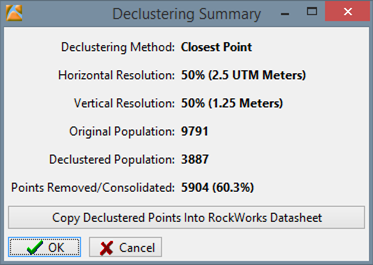 In addition, this dialog provides an option to copy the declustered points to the RockWorks Utilities Datasheet (see below). 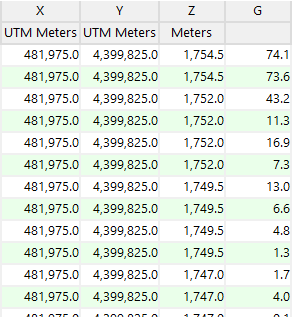 This data may be plotted in 3D by using the Utilities / Map / 3D-Points program (see below) to examine the effects of various declustering methods and resolution settings.