Andres Fernandez at the University of Wyoming has kindly given us permission to show some of the graphics that he created using RockWorks17. Andres’ work is centered on optimizing production and revenue using the Enigma field as a case study. 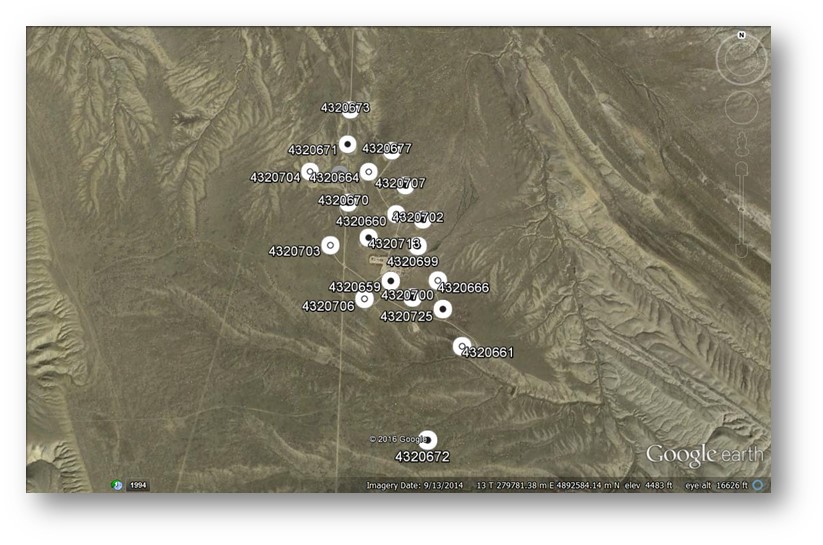 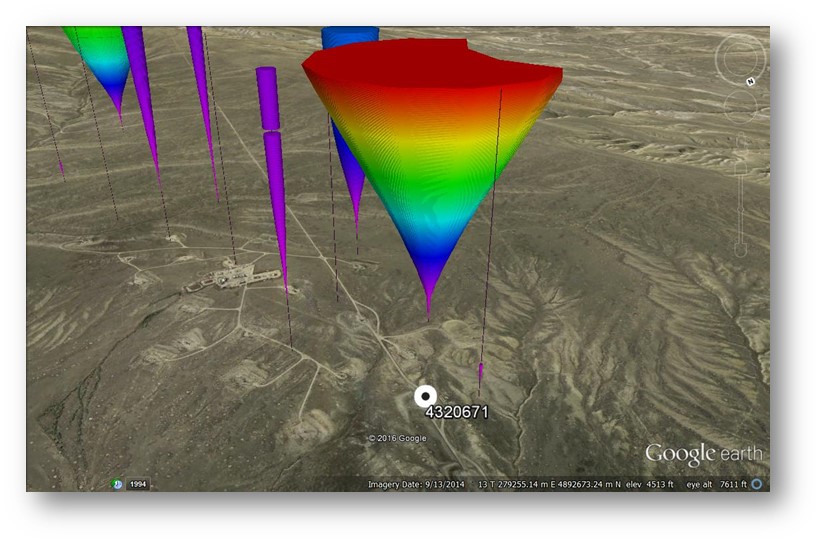 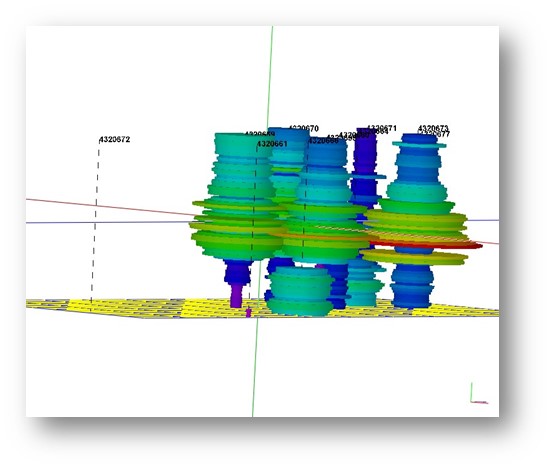 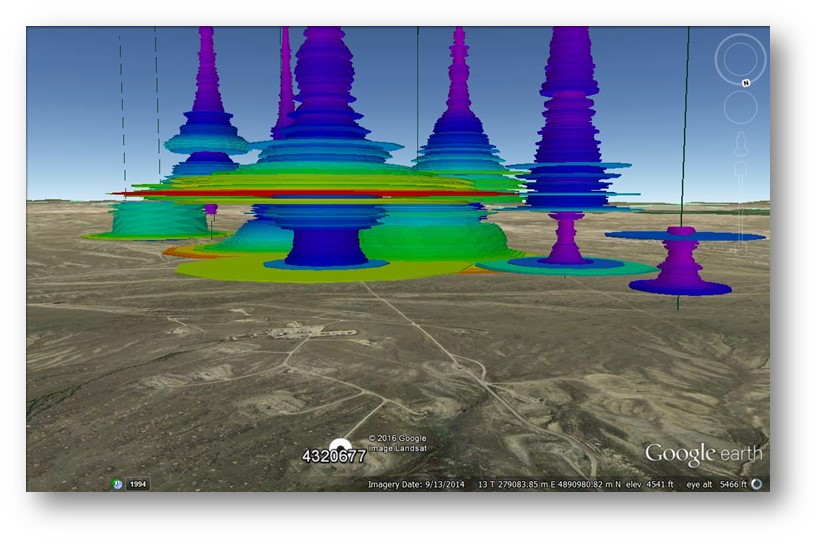 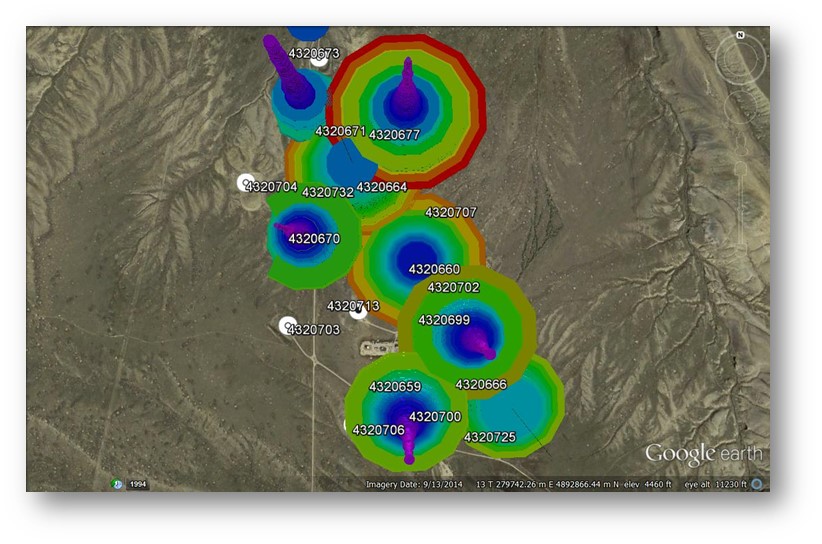 Figure 7. Used the production panel option through Google Earth/Rockworks17 due to its visual appeal. In this case showing Average Daily Water Production.