In the process of adding some new tablet/GPS capabilities to RockWorks16, we decided to conduct a simple field test using a variety of devices (Figure 1).  This study is also part of an ongoing effort to establish an optimal low-cost cordless field configuration that we can recommend to RockWare customers.

We started with a Dell Venue 8 Pro 64gb tablet PC ($319) running Windows 8.1 coupled with a wireless Wintec WBT-201 Bluetooth GPS ($95). The coupling between the Bluetooth antenna and the Windows 8.1 sensor array was facilitated by using the free GPS Sensor software (version 7.0.0.0.10) by Michael Chourdakis (http://www.turboirc.com).

The locations of three survey stations were measured via the aforementioned configuration along within the output from two consumer-grade GPS units; A Garmin Oregon 550t ($353) and a Garmin 60CSx ($500 but discontinued and replaced by $263 Garmin 62S).

The horizontal offsets (error) relative to the control points displayed within Google Earth Pro (Figure 2) imagery are summarized as follows; 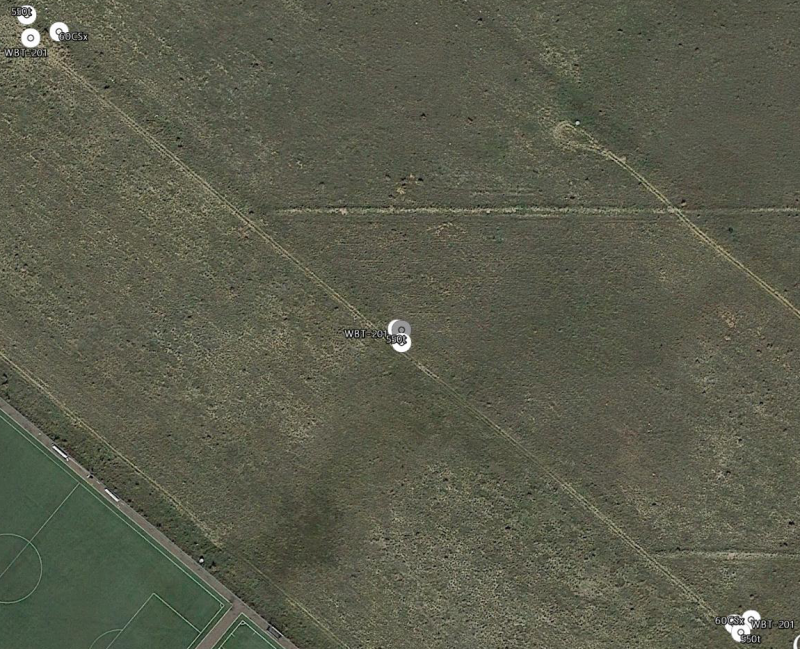 The vertical offsets (error) were not determined because the actual elevations at the control points are unknown to the author.