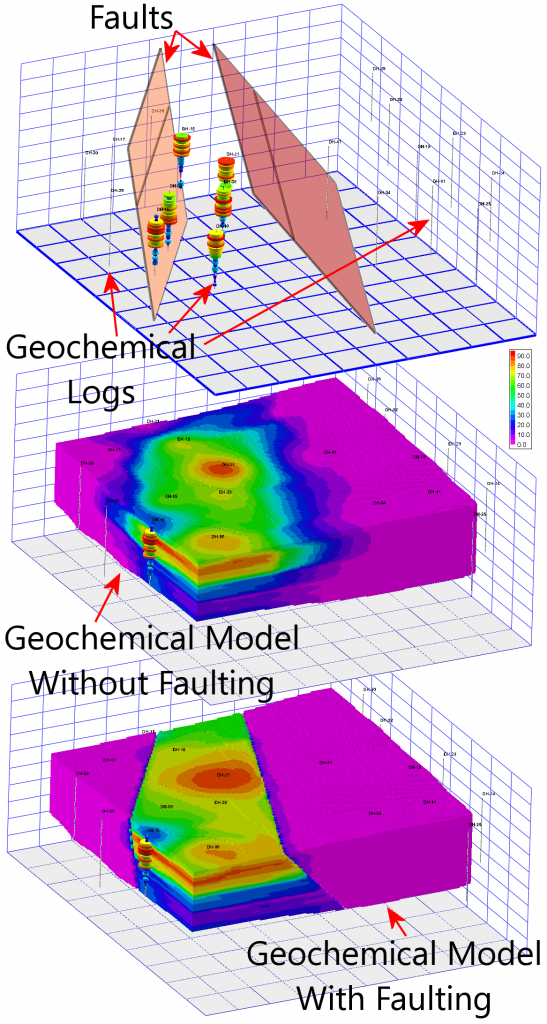 The Microsoft OneDrive cloud capability is great for collaboration with individual Microsoft Office data files (e.g. Word “docx” and Excel “xlsx”). Unfortunately, this is not the case for non-Microsoft products such as RockWorks that access multiple, non-Microsoft files (e.g. grid and block models) that reside within a project folder. We recently discovered a work-around that allows multiple users to share the same, cloud-hosted RockWorks project simultaneously. This is a welcome alternative to the classic (expensive) method of hosting the database on a corporate network server and accessing the network via a VPN (Virtual Private Network).

JimR (left) at his office in Svalbard, Norway looking at an I-Data model that was just created by TomB at his office in Bouvet Island, Antartica. Simultaneously, TomB is looking at a stratigraphy model that was just created by JimR. Both users are editing and modeling from the same RockWorks database! Ok, this is an exaggeration. We’re actually in the same office in Golden, Colorado but it does work for all locations with Internet access.

We’re not saying that OneDrive is a perfect solution. There are some advantages and some disadvantages to using OneDrive for collaboratively working with RockWorks data.

The Microsoft OneDrive cloud capability is an integral part of Windows 8.1. If you’re a Windows 7 or 8.0 user, you’ll need to install the free OneDrive software from Microsoft and create a Microsoft user account if you don’t already have one. 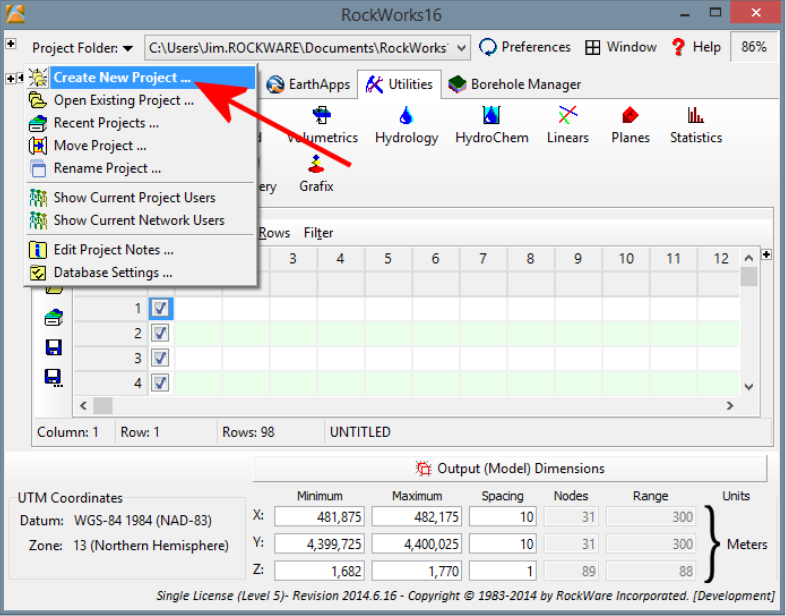 Setting Up a Local, Automatically-Synchronized Copy of the RockWorks Project Folder

If you anticipate that you may need to access this RockWorks project when you don’t have access to the Internet (e.g. that sleazy hotel in Baker, California), Microsoft’s integration with Windows provides a very cool feature that differentiates it from Google-Drive, I-Drive, Box.com, DropBox, etc. Specifically, you can designate that the project folder will be available when you’re offline. Here’s how:

Making the Cloud-Based RockWorks Project Available To Other Users 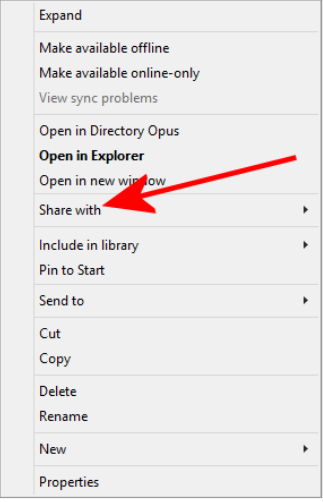 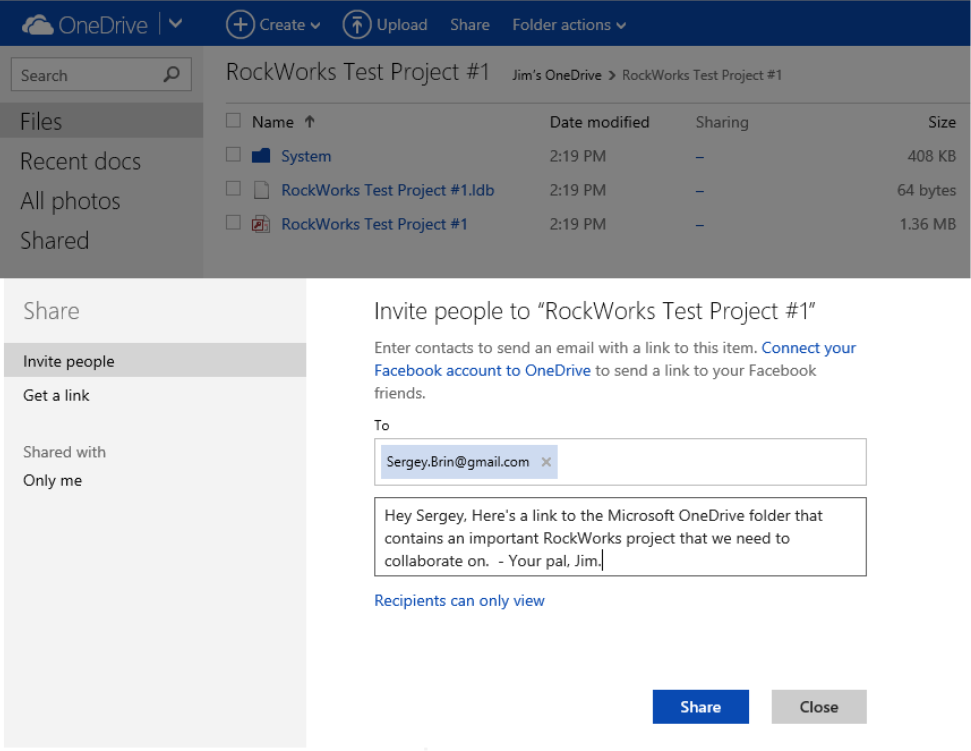 Mapping a Drive to the Shared Project

Note: The following information applies only to subordinates. It does not apply to the owner (person who created the RockWorks project within the OneDrive cloud).

The invited party will now receive an email that looks something like this:

This is very nice if we’re sharing a single file but with RockWorks, we need to share an entire project folder. That’s where things fell apart and we just about gave up on RockWorks project collaboration via OneDrive until discovering a work-around that involves “mapping” a drive letter to a URL. The following steps are admittedly clunky so pay attention.

Whew! After writing up this blog entry, this process seems to be much more difficult that it really was. Although I’m sure that this has something to do with describing it in detail, it certainly wasn’t intuitive. We’re hoping that Microsoft will eventually streamline the process so that folders (not just files) shared with other users (subordinates) can be more easily integrated into the subordinates’ Windows folder listings. It would also be very useful if the subordinates could have the same automatic synchronization capabilities with an offline-version as the owner.

We are deeply indebted to Olivier Fontana (http://olivierfontana.wordpress.com/2013/02/07/skydrivefromwindowsexplorer/) for posting the drive mapping “work-around” on his blog site.