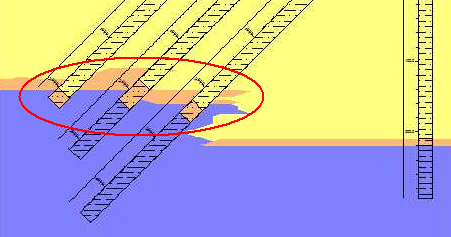 Lithlogy columns are offset from the borehole "axis".

Red lines projected from the Lithology column to the Axis line show the location of the lithology on the model. 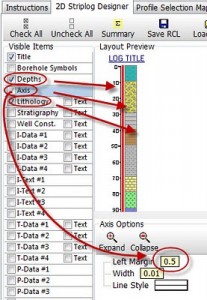 Move the Depths and Lithology columns, then change the Lithology Left Margin value. 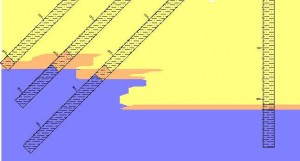 With the Lithology column centered on the Axis, the boreholes are aligned with the model.